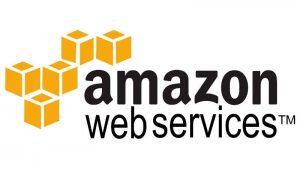 Amazon has steadily been expanding the scope of its cloud storage business AWS beyond hosting websites and apps for businesses and today the company announced its latest venture aimed at increasing IT skills training in the UK.

During an event in London, the company announced its new training and job placement programme re:Start. Amazon’s new service, that was built in partnership with the UK’s Ministry of Defence, the Prince’s Trust and QA consulting, is geared toward educating young adults and military veterans and their wives. At launch re:Start will only be available in the UK though the company may expand it to other locations depending on its success.

Users who sign up for the new service will be able to gain training in a number of skills including cloud computing, creating cloud-based applications using AWS, building apps in languages such as Python and setting up new cloud environments. These skills will allow them to find jobs in new fields or to design their own apps using the cloud.

re:Start will offer 1,000 work placements initially from a number of organisations including the accounting company Sage, the insurance company Direct Line and the lending platform Funding Circle.

The UK Secretary of State for Culture, Media and Sport, Karen Bradley applauded AWS for launching re:Start which could help spur further investment in digital skills training in the UK, saying:

“Increasing digital skills in the UK is a major priority for the Government and we are working to make sure that everyone has the skills they need. We welcome the launch of AWS re:Start which is a fantastic initiative bringing together employers from different sectors and providing the foundation on which they can continue to train and grow the UK’s digital workforce.”